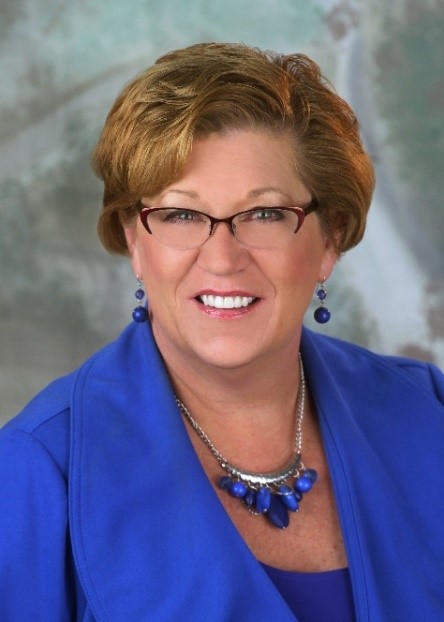 Toni Loch is a native of Green Bay having graduated from Green Bay West High in 1975. In high school, it was determined that she was not destined to go to college and that she should hope to get a job in one of the paper mills. After graduation, she spent two years working in a crutch factory where she was identified as a natural leader. It was during this time that she decided she wanted more. Toni enrolled as a nontraditional student and attended college at University of Wisconsin – Stevens Point. In 1981, she graduated, with honors, in Sociology with a Social Work emphasis and a minor in Psychology. During her educational experience, various internships and part-time jobs, Toni discovered she was meant to help people.

In 1989, Toni returned to Green Bay to take the position of executive director of Family Violence Center/Golden House.  She came as a single mother with her two young children – son, Caleb, who was four years old at the time and four month old daughter, Annie.  Prior to her coming home to Green Bay, Toni began her career working with families experiencing domestic violence in Ashland and Bayfield counties. She became the shelter director after working as a volunteer coordinator to find safe houses for victims of abuse.  Within eight months as the director, Toni secured a shelter, hired staff and began to expose domestic violence as an issue in the community. From Ashland, Toni had a brief career as a county social worker in Southern Wood County.  She left that position to become the Family Intervention Services director and lead the crisis center in Stevens Point.  Always grateful, for the opportunity that these positions afforded her early on as, they set the stage for her career.

For ten years Toni was the executive director at Golden House and was a significant part of the leadership to conduct a capital campaign that lead to the building of the new shelter.   In 1991, the Center raised $1.2 million that included a $300,000 endowment.  It was during her time at Golden House that Toni began to emerge as leader in the community, she was elected to the Green Bay Area Board of Education – as the top vote getter for a three-year term. However, during her tenure on the board she chose to resign early, Toni was still a single mother of two and heading up the Golden House. However, this did not stop her from getting involved in the community; in fact she included her family in the community involvement.

As part of her children’s school requirement, parents needed to be involved in school activities. She found that volunteering at her children’s school was both rewarding and a great way to be part of her children’s lives.  But it did not stop at the school, Toni involved her whole family to volunteer in various community events and they were recognized twice for their efforts. Toni, Caleb and Annie were chosen as one of the YWCA’s “Family of Distinction,” and they also received a national award for family volunteering from the Points of Light Foundation. But Toni’s inspiration to help and serve others did not stop with her children; many others were inspired by her efforts. This was evident when she was recognized by the Greater Green Bay Chamber of Commerce as an Athena Award winner, given to women who have demonstrated leadership to improve the lives of women.

In 2000, after 17 years working in the area of domestic violence, Toni was named President and CEO of Brown County United Way.  As the first female to lead Brown County’s United Way, she was motivated to work harder to enlist and inspire others.  United Way had many constituents, such as companies, CEOs, unions, agencies, volunteers and more.  During her time at the United Way, the Community Partnership for Children (CPC) was set in motion. Her passion for women’s leadership took her on a career path as a life coach, where she attended seminars, gave seminars on women’s leadership and coached many women to achieve their goals. And she taught at NWTC for four semesters in American Contemporary Society and Ethics.

Then in 2009, Toni became the executive director of the Howe Community Resource Center.  At that time, the agency had been without a director for a year, and was rudderless and lacked direction.  She began the position as executive director with one other full-time employee.  When beginning at Howe Community Resource Center she began a women’s empowerment group and under her leadership, the agency has been established as one of three gateway agencies for the Community Partnership for Children.  Currently the center has eight employees, most of who work directly with families in need and have a focus of the goal to ensure that all children are healthy, safe and ready for school.